A little while ago I came across a little blue fishing boat on the beach of Weligama in Sri Lanka which bore the name Texelaar. My family hails from the Dutch Wadden Island of Texel, people from the Island are called Texelaar. I realized there was a delightfull connection between my ancestral land and this place which I now call home. An ad was placed in the Texelsche Courant to find out more about this boat.

Two women responded to my ad. They were fishers wives. After the tsunami in Sri Lanka they had met at a birthday party and came up with the idea to donate boats to fishermen who had lost their source of income. Five of these vessels were called Texelaar and donated to people in Weligama. The other boat in the picture below with its proud new owner was named the TX 36 Jan van Toon after their own cutter. The action was called Fish for Fish. 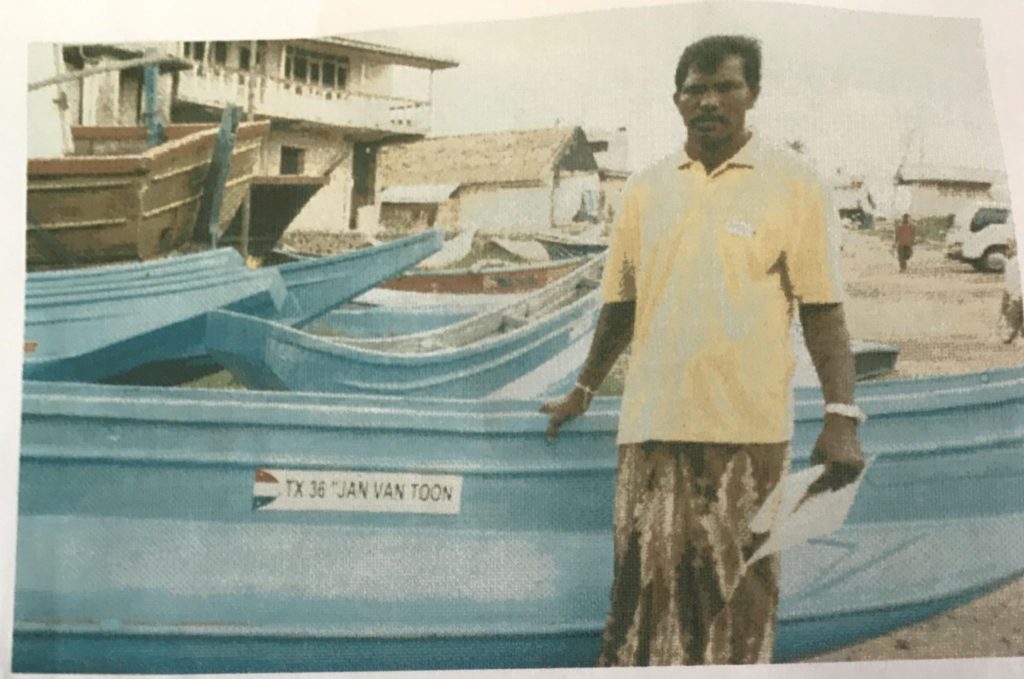 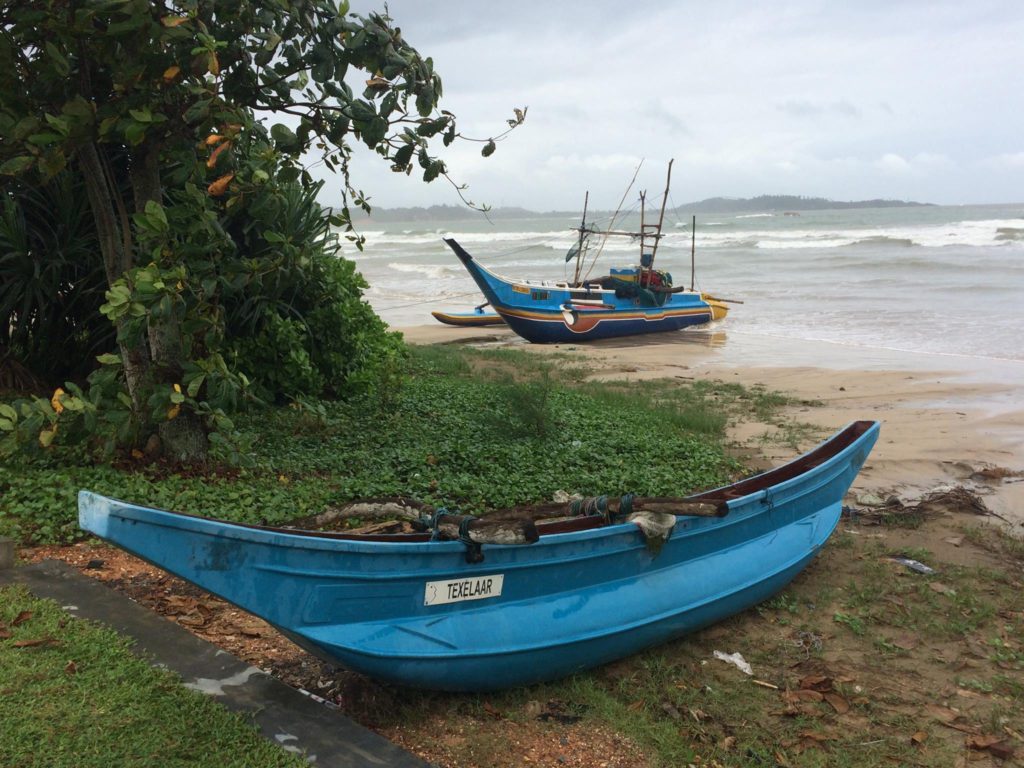